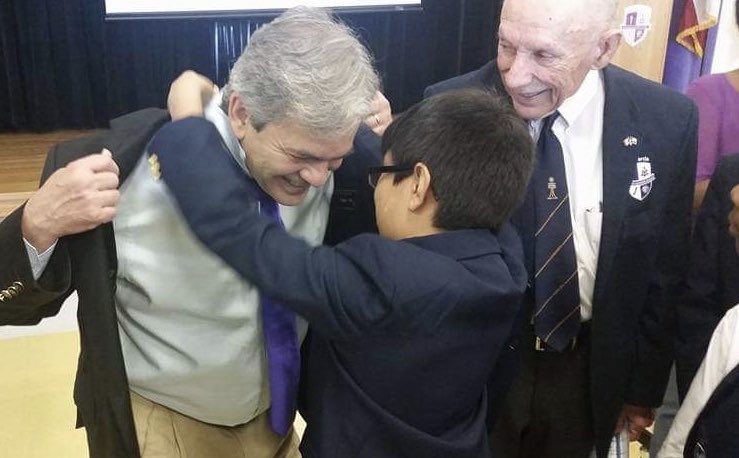 Please consider a donation to  The Gus Garcia Young Men's Leadership Academy in memory of Gus L. Garcia. Your support will help students excel in the classroom.

Gifts to the Gus Garcia Young Men’s Leadership Academy are unrestricted, allowing the campus to use the funds to meet its most pressing needs. Donors who wish for their gift to be used only for a specified purpose, such as support for a particular academic program or classroom, may make a restricted gift. Please make a note in the comments sections regarding the intent of your donation.

After a successful career in accounting, Garcia shifted his attention toward education. In 1972, he was elected to the Austin ISD Board of Trustees, making him the ﬁrst Hispanic to serve on the board. He served as board president from 1977 to 1978.

As a board member, Garcia encouraged the district to hire more Hispanic and African-American teachers and administrators, and to award more school construction projects to minority contractors. He also worked on multiple initiatives to increase family involvement and community development within the city of Austin.

After serving on the board, Garcia began his work with the Austin City Council and was elected mayor in November 2001, becoming the city's ﬁrst elected Hispanic mayor.

During his 10 years with the Austin City Council, Garcia served on the judicial subcommittee, the audit and ﬁnance committees, and the legislative committee. He was also a member of the Capital Area Metropolitan Planning organization, the Community Justice Council, the Texas Municipal League Legislative committee, the Joint City of Austin/AISD Board of Trustees committee and the Joint City of Austin/Travis County Commissioners committee.

Garcia received multiple honors for his work for the residents of the city of Austin, including the Lifetime Achievement Award–Greater Austin Hispanic Chamber of Commerce in 2009, and the Reconocimiento OHTLI Award presented by Mexico’s Secretary of Foreign Relations (Trail Blazer Award) in 1996. In 1984, the Texas Association of Mexican American Chambers of Commerce named him Businessman of the Year and in 1992 he received the LULAC Award for Political Involvement/Education.

Garcia graduated from The University of Texas at Austin, where he received an undergraduate degree in accounting in 1959 and, two years later, became a Certiﬁed Public Accountant.

He is survived by his wife of more than 60 years, Marina Gonzalez, and by their three sons.