Help us continue to honor the memory of 1978 graduate Jim Thomas by supporting the funding of this annual scholarship for a female and male basketball player. 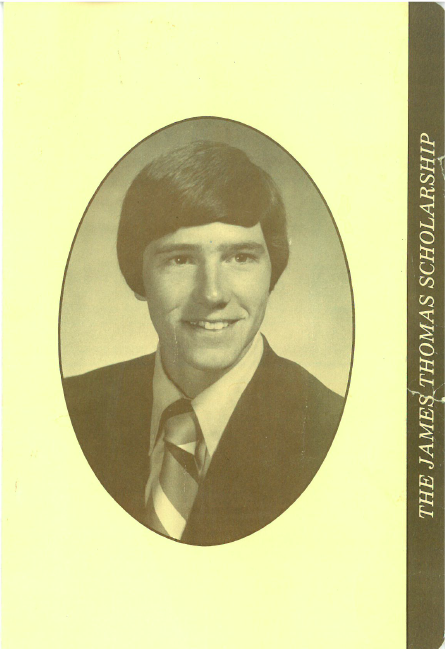 Jim Thomas, a member of the Class of 1978, was a friend to all he came into contact with.  He was always consistent -  a fierce competitor on the court and a friend to all off the court.  His friends said that Jim was always there when you needed him.  After graduation, he went to St. Norbert College in DePere, WI, where he played basketball and made the academic honors list for four semesters.  In the spring of his junior year, just after being named captain for the upcoming year, Jim was killed in an unfortuante car accident.  In 1982, Jim's friends and family started a scholarship awarded to a senior basketball player who best exemplifies the characteristics that Jim displayed - a relentless work ethic, a desire to always give one's best effort, always putting team before oneself, and good person off the court.  Originally given to a male basketball player, the award was expanded in 1996 to include a female basketball player.  The award comes with a $500 scholarship. 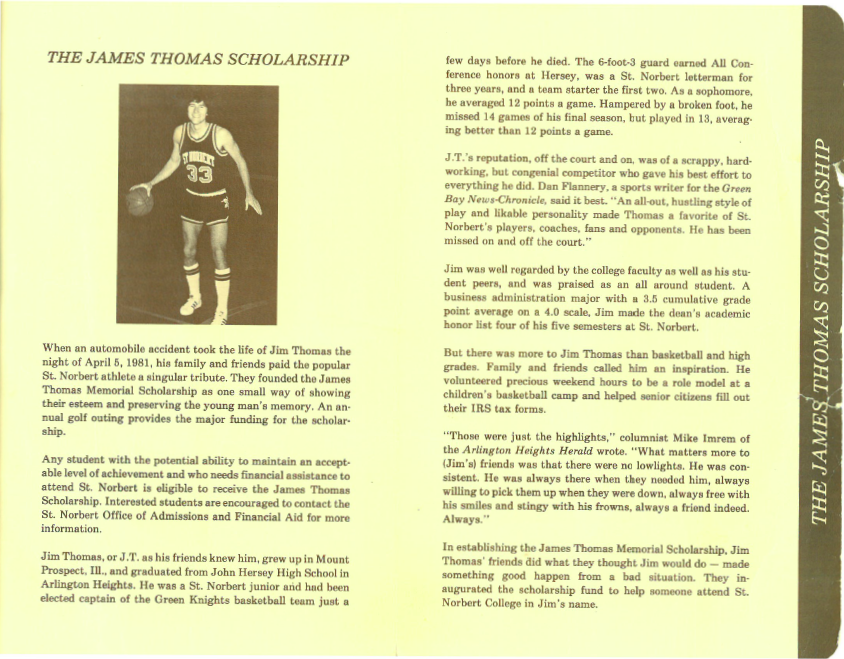